More than 1,600 securities firms are party to the Protocol, the set of recruiting and transition rules established in 2004 designed to alleviate a large number of recruiting and breakaway lawsuits and arbitration claims. Under the Protocol, departing brokers are permitted to take (1) customer names, (2) addresses, (3) phone numbers, (4) email addresses and (5) account names and then solicit those clients after the move.  Brokers are restricted from announcing their plans to depart, essentially leveling the post-departure playing field for customer retention. It’s worked well for the last decade, but the market in which the Protocol was developed is changing rapidly.

Morgan Stanley withdrew from the Protocol on November 3rd and just a month later UBS followed suit, withdrawing effective December 1st.  Fearing the collapse of the Protocol, Clinton Marrs and David Abell have been advising their breakaway clients to accelerate departures as much as possible. The departure of UBS Group AG last week and Morgan Stanley last month are the latest indications confirming our concern that the Protocol is increasingly unstable. With each large firm exit the value of the Protocol is diminished and continued membership becomes a recruiting and retention disadvantage as competitors drop out. The dynamic on which the Protocol rests is lost when the largest players in the market depart – leading to its eventual and rapid demise.

The UBS and Morgan Stanley exits tell a story that’s been playing out over the last several years – one that places significant value on customer and broker retention and a market with increasing focus on wealth management and financial planning.  The recent Protocol exits underscore the growing impact of the broker migration from traditional brokerage firms to RIAs.  RIAs are attractive to brokers because they often offer more autonomy and greater income opportunities.  The Protocol eased the transition to RIAs and that is hitting the bottom line.

UBS claims its Protocol exit is aligned with a new focus on broker retention.  It’s as likely that UBS is equally concerned about customer retention as assets continue to flow to RIAs in lockstep with the departing brokers.  In addition to losing experienced and highly trained brokers, the firms are hemorrhaging large, profitable advisory accounts in the transitions.

Against this background, we see UBS and Morgan’s exit from the Protocol as an effort to increase the friction for transitions since non-Protocol breakaways are more complicated and costly for the broker and the recruiting firm.  However, the death of the Protocol (or a firm’s exit from it) is not something that should dissuade an advisor who wants to go independent.  Non-Protocol breakaways place a premium on preparation, planning and precise execution.  Our firm successfully manages numerous departures from Charles Schwab, Edward Jones and other non-protocol firms every year – a high level of concerted effort and commitment is required to make the process go smoothly.

Firms like Dynamic Wealth Advisors that offer breakaway brokers a comprehensive RIA platform on which to run their advisory business are well positioned for post-Protocol world where the key to an advisor’s success will be the ability to focus on providing core advisory services and business development.

This article was originally published by Dynamic Wealth Advisors contributed by Clinton Marrs and David Abell of the Marrs Griebel Law firm. We represent advisors in planning for their transitions as well as disputes with brokerage firms. For more information about our services, call 505-433-3926. 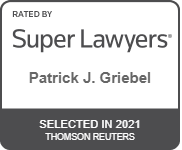